Try Linux on AMD Ryzen 4000 series processors ? Yep its bit complicated at this time with AMD New processors series work with Linux versions, You will get most of the features works well, but few small bugs that may not be able to use the laptop on Linux  like the screen brightness control , auto brightness adjust issue, function keys not working , audio problem etc .

Now days AMD laptops are cheaper and higher performance than intel versions even Ryzen 3 are far better than intel i5 7th generations. AMD Ryzen 5 4500U is a complete beast in this segmant.

Linux on AMD Ryzen 4000 series is a complex at this stage due to the latest AMD Renoir , See the below image of my MSI Modern 14 AMD Ryzen 5 4500U machine. 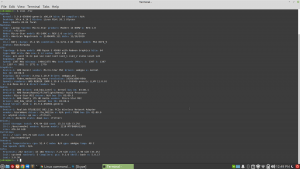 You can see that , Im on Linux Mint 20 with Ubuntu focal as core. In my MSI Modern 14 all the hardware features are working fine , When I first installed Linux on the machine lot of issues I faced and most of the stuff didn’t worked then I fixed everything one by one. I think this list will defenitle help you guys to fix all the issues in your AMD Ryzen machine as well, I tried these on MSI Modern and Asus Vivobook 14 AMD Ryzen 7 Octa core processor as well, both are working fine.

This is the most important step of the AMD Ryzen 5 series compatabiliy on Linux OS, the main reason is most of the Linux Distro available now are using Linux 5.4 LTS kernel , But as I menioned earlier AMD Renoir is newst chipset so it needs minimum of Linux kernel 5.7 or above I suggest Linux kernel 5.9 for better support.

If you’re not an expert in Linux commands and not able to fix the things manually I suggest Ubuntu 20.10 with Linux Kernel 5.8 that will solve most of the problem you may face in your laptop. But If you’re not a fan of Ubuntu then lets try the alternatives here.

I personally suggest Manjaro Linux based on Arch family . that is one of the best distro available on the web and it have lot of amazing features like Kernel selection and will get the latest update as soon as possible and it will not break you system in each update just like Pure Arch. So first try Manjaro Linux with latest Kernel if that works well you’re good to go. for me an issue I faced in Manjaro Linux the booting is not working some time , its randomly but not always so I tried few different ways and it didn’t worked on my MSI Modern 14. So I choose the next one as Linux Mint with XFCE desktop.

On AMD Ryzen 5 series you may see an annoying bug the video bus is auto adjusting bright of the screen , lets fix that first. This fix have an issue you have to remember this it will override when you do the package updates so after each update you may need to re apply the same fix.

file. then put the below codes on the file. Auto Suspend Not Working

Linux on AMD Ryzen 4000 series processors may face an issue when you close the laptop lid it will only turn off the screen not the system will goes to suspend mode , in fact you will not get the battery save mode that time and you may see the machine is getting hot , its due to the suspend is not working, some time when you open the lid back you may see the suspend is asking for authorization , so the fix can be use as below.

While booting you may an error intiamfs decode is failed you can fix the error using the following code.

change the compression value to.

Then run the below commands in the terminal

You may try this instead of the ubuntu 20.10 , bcoz that is comes with Gnome desktop only I love to work with XFCE that is light weight and faster. So I choosed linux mint latest version then upgrade the kernel to 5.9 manually. Its just a few simple commands 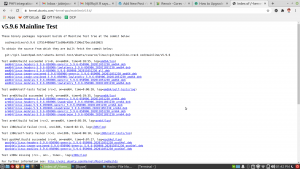 Then reboot your machine.

These are the common issues you may face on your AMD Ryzen 5 4000 series laptop , If you feel the font size on your machine is too small then try to increase the Pxel Density not try to scale the size, If you’re on XFCE try trh below settings